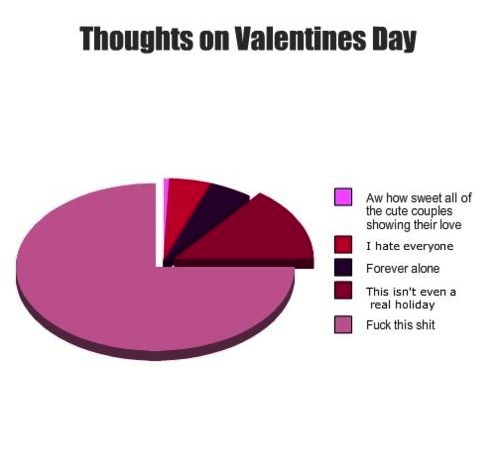 We hope your nights are full of good food, chocolate and movies…no matter who you’re spending it with!

Check out our New In Theatres post for some last minute ideas of what to see with your Valentine!

That fact makes it all the more suiting that tonight’s one and only premiere is called ‘My Cat From Hell’. Seriously, the only people tuning into this Animal Planet series at 8 PM on a Saturday probably have a million cats themselves. While we love seeing cats go ape shit on people, there is no way we’re giving up an hour of our Saturday night to watch this! 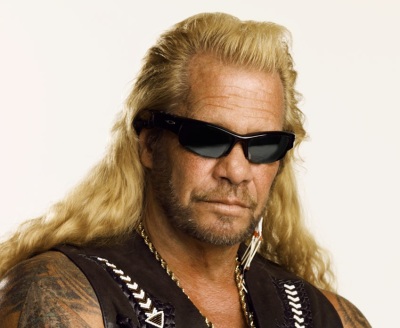 Tonight is a bit weak on the premieres unless you’re into reality t.v.

‘Dog The Bounty Hunter’ and his luscious mullet are back on A&E at 10 PM tonight. If watching North America’s biggest dirtbag chase other dirtbags around is your thing, you’re in luck. Start chilling your ‘Schlitz’ now and it will be one hell of a trailer-park party.

If you like your reality a little more up-lifting then you might want to channel surf over to FOX  at 9 PM for the premiere of ‘Mobbed’. Host Howie Mandel helps people set up “flash mobs” to help them deliver big news to their loved ones, co-workers and friends. It’s a hidden camera show with a twist. 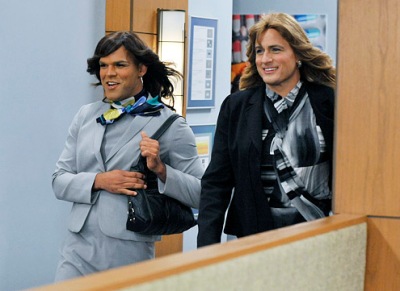 Tonight is shaping up to be a real doozy on the boob tube.

Speaking of boobs, there are a couple of fake ones making their debut tonight on ABC’s cross-dressing comedy, ‘Work It’. You know the U.S. is in a recession when they start making shows about guys who have to cross dress to get jobs. We’re wondering how long it takes for them to realize they’re “better men” as women?! You can see this premiere at 8:30 PM.

A slightly veiled remake of the 80’s sitcom ‘Bosom Buddies’ is just the beginning of the fun on ABC tonight. At 9 PM the fun continues with ‘Celebrity Wife Swap’. That’s right, you can see what insanity unfolds as Gary Busey’s fiancée swaps places with televangelist Ted Haggard’s wife. Actually, that sounds way better than the title of the show would suggest.

Over on NBC tonight at 8 PM, yet another batch of grossly obese people battle their demons on the  premiere of ‘The Biggest Loser’. This is the 13th season of the hugely…um, sorry…incredibly popular reality tv show.

The turkey has been eaten, the presents unwrapped and we’ve rung in 2012. Now it’s time to get back to what’s really important this time of year…midseason premieres!

It’s all about ABC tonight in T.V. land. 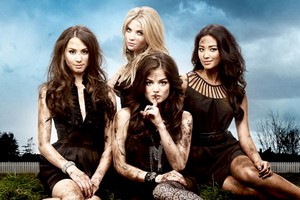 At 8 PM those secret keeping ladies are back in the winter premiere of ‘Pretty Little Liars’. Rumour has it that ‘A’ will be revealed, so for those of you out there who care about this show, it could be an exciting night for you.

As if that isn’t enough, the return of ‘The Lying Game’ begins at 9 PM. This is a show based on a fake series of books from ‘Pretty Little Liars’ about twins separated at birth who find each other as teenagers. It’s essentially ‘The Parent Trap’ with less wholesome hijinks and more sex and scandals.

Apparently, it’s Comedy Weekend at the box office this weekend!! Loveable stoners Harold and Kumar are back! So is Eddie Murphy, though we don’t suspect too many people care. Channing Tatum also contributes a laughably-bad cop drama to the mix. 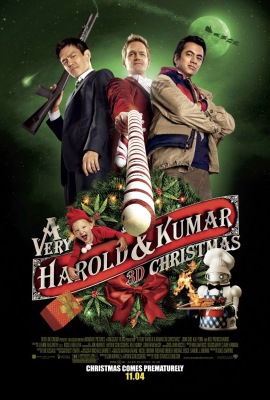 Harold and Kumar have taken a bit of a break from their bromance in the six years from the Guantanemo Bay debacle. But Kumar just can’t quit Harold and shows up bearing mysterious gifts, but it doesn’t take long before disaster strikes again. Kumar accidentally torches Harold’s father-in-law’s beloved Christmas tree! Thus begins an outrageous and over-the-top adventure to find the perfect replacement.

Price of Admission will get you a ridiculous and excessive holiday spectacular that is SO not fun for the whole family! Leave those kids at home and experience all the insanity … IN 3D!!!

A bunch of hard-working average Joe’s discover they have been victims of a Ponzi scheme and decide to rob the penthouse residence of the wealthy businessman responsible. Yup, good ol’ fashioned ‘Robin Hood’ style justice.

Price of Admission will get you another crappy Eddie Murphy movie that not even Ben Stiller and Friends can save.

END_OF_DOCUMENT_TOKEN_TO_BE_REPLACED

Booth and Brennan (and BABY!) are back for the premiere of the 7th season of ‘Bones!’

There is unrest in the SurlyGurls camp about the direction the show has been taking lately. Andrea is not impressed with how they used the death of Vincent Nigel Murray as a catalyst for Booth and Brennan to FINALLY get together. Whitney on the other hand thinks that anything that allows her characters to be together – as they should be – is just fine! However, we still both agree, it should have been Wendell!

We shall see how they handle the whole pregnancy thing tonight at 9 PM on Fox!